'EL NORTE', THE ACCLAIMED TIMELESS SAGA ABOUT IMMIGRANTS AND THE AMERICAN DREAM, RETURNS TO THEATERS FOR ONE DAY 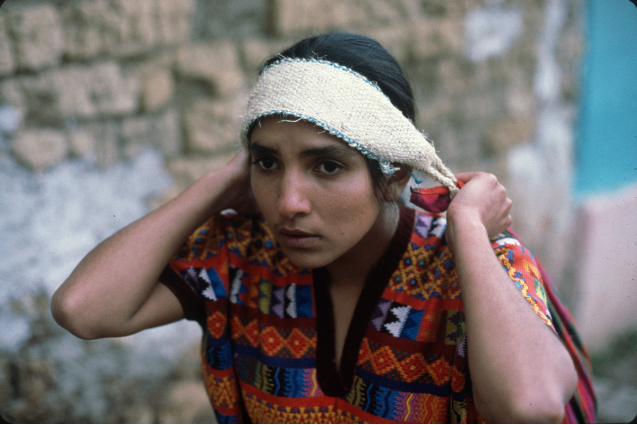 35 years after its original release in theaters, the classic Academy Award nominee and restored by the Academy of Motion Picture Arts and Sciences, will be screened in more than 200 cinemas to celebrate National Hispanic Heritage Month.  "El Norte", the epic and acclaimed masterpiece about dreams of immigrants from Central America and the promise of America, will return to theaters in certain regions this September at a special presentation just a day to celebrate its 35th anniversary, brought by Fathom Events and world leader Lionsgate content. Directed by Gregory Nava from a script co - written by Anna Thomas, "El Norte" will be screened on Sunday 15th September, the first day of National Hispanic Heritage Month in more than 200 cinemas in certain regions nationwide.

A bit about the director, Gregory Nava, and why he is an advocate for refugees: “I’m from the border; I was raised on the border. I have families on both sides. I’m bilingual and bicultural. I have a lot of family in Tijuana, and when I was a child I saw the situation of people crossing the border and trying to cross the border to find a better life, to escape violence and poverty and I really wanted to make a movie that would bring sympathy, that would bring heart and soul to these shadows that are [all] across the United States. People don’t know their journey, people don’t know their heart, people don’t know what they’ve had to suffer to come here seeking freedom. I think that, today, we’re living in a time where there are people in our administration that want to extinguish the torch of freedom of the statue of liberty. We want to keep that brightly lit because we are a country of immigrants. “El Norte” is a movie which has a message of compassion which/with respects the immigrant and the undocumented.  This is, I think, the only way that we can approach the issues that surround this.  We cannot solve this problem with cruelty. That only makes the situation worse. We have to have compassion.”

From the Catholic perspective: “We have to understand that as Catholics, and all people of faith, is that when you look at the Bible, the Holy Family were refugees. They had to escape the violence in their homeland. Herod sent people to kill the baby Jesus and an angel of the Lord came and told Joseph to take his family out. And they crossed the desert of Sini and went to Egypt. They had a very grueling time going to Egypt, and Egypt accepted them as refugees. The message that we get from the Gospels is that you have to have compassion, just as Egypt had compassion for the Holy Family. God could have chosen any family to have his Son, and he chose a refugee family. This is a very strong message for us. This is one of the things that inspired me to make “El Norte,” to try to bring compassion to the refugees as they try to come here.”

Restoring the film: "The Motion Picture Academy did this magnificent restoration of “El Norte” because it was a classic film and I had given them all my elements, the original negative and everything. It had been selected by the National registry of the Library of Congress as an American Classic and ear-marked for special preservation. We had this big premier at The Motion Picture Academy, it was a full house and it was so successful. People there said you know this movie needs to get back in theaters because it’s message is so important to today. So that started the process with Lionsgate and Fathom putting together this incredible event that we will have happen this Sunday, September 15th at 2 pm in which people all over the country and in your area in Texas as well, will be able to see “El Norte” on the big screen once again."

A look into the characters: “Rosa and Enrique (played by Zaide Silvia Gutiérrez and David Villalpando) are from Guatemala. They are Mayan, and at that particular time, there was a genocide against Mayan people that was being carried out by the Ríos Montt government in Guatemala. Hundreds of thousands of Mayan people were massacred, and in the film, you see this massacre. Rosa and Enrique, lose their parents and have to flee to save their lives. They keep their family, which is just the brother and sister, together because family is so essential to our entire culture. [Rosa and Enrique] are based on real people. I worked very closely with the Mayan refugee community in Los Angeles in writing the screenplay. Everything that happens to Rosa and Enrique in their epic journey is something that really happened to somebody. All the incidents in the film are based on reality.”

Filming & Setting: "Every place that you see in the film are the real places. That’s a real Mayan village at the beginning of the film. We couldn’t shoot in Guatemala but it’s in Chiapas, which is to say Mayan Highlands, but you see a real Mayan village with real Mayan people. We made the journey through Mexico. In the United States, that’s a real sweatshop location that we shot in on the border. We couldn’t get permission to shoot in the slums on the border so we shot there. Hidden camera with Rosa and Enrique. So when you see “El Norte” you will actually live the actual true-life journey that people make when they come to the United States."

The Film’s artistic inspiration: "I wanted to do something very special with the film. I wanted to tell it in our own way. I’m Latino; it’s a Latino story. I was inspired by the dream realist literature of Gabriel García Márquez, One Hundred Years of Solitude and Miguel Ángel Asturias, the Guatemalan writer of El Señor Presidente and Hombres de Maiz. As well as the Popol Vuh, the great Mayan myth of creation. All this dream imagry that you see in the film comes from these sources. That combines with the hard reality of the lives of people and the incidents that we depict in the film. That combination is “magic realism,” which is they style of the film. It was the first film to bring the magic realist style of literature unto the screen. It’s known for that, as well as many other things," Nava said.

Behind the scenes: The film will begin with a special introduction (in English & Spanish) by Director Gregory Nava and conclude with a round table discussion in which the director and actors Zaide Silvia Gutiérrez and David Villalpando discuss the efforts it took to make the film. Nava explained, “We were almost killed on several occasions and we had to confront guys with machine guns who wanted to shut down the movie. It was the scariest thing I’ve ever done as a film maker. The content of the movie was really controversial in its day and it was a movie that people didn’t want to reach the screen, which is why it needed to reach the screen. We were all passionate about getting its message out, and we risked our lives trying to get this message out. It had such an impact when it was originally released. It helped create an environment of compassion. Now, once more, its message is even more relative and needed today than when it was originally released. Sadly, the situation has not changed with refugees. But as we can see from the story of the Holy Family fleeing Judea to go to Egypt to escape the violence of Herod, this isn’t a political issue. This is an issue that transcends politics. This is a universal situation that has always been with us and the bible tells us that we need to treat the situation with compassion and understanding. If you were Rosa and Enrique, just as if you were Mary and Joseph, you would flee; you would leave your home to save your life of your children. This is a basic human thing and this is the message of “El Norte.” ”

From fear to compassion: “I had an opportunity, last Saturday [9-7-2019], to go to a Mass in the cathedral of Los Angeles with Archbishop Gomez. He gave the Mass, and it was for refugees and immigrants. The Church was filled with over 2,000 immigrants and refugees, mainly from Central America, but also from Asia and other parts of the world. It was moving; I spoke with so many of them, and I was so overwhelmed. Taking Communion with these refugees was one of the most profound and moving experiences of my life. When you see them, when you speak to them, and when you meet them, the hate and the fear vanishes and melts. That’s the story of “El Norte.” When you meet Rosa and Enrique, and you walk in their shoes, the hatred goes away, and it’s replaced with compassion. That is what we need today," said Mr. Nava.

Tickets for "North 35th Anniversary" are available at www.FathomEvents.com and at the box office of participating theaters. Event attendees will also receive the opportunity to enjoy free for a trial period of two weeks of pantaya, the first destination of premium streaming movies and series premier in Spanish. Opportunities to watch the film digitally will be available on iTunes and Pantalla. HBO will also screen it by January or February. Proceeds of the film go to families and victims of the El Paso, Texas shooting.