The European colonial settlement of Villa de San Agustín de Laredo was founded in 1755 by Don Tomás Sánchez . At that time the area was part of the Nuevo Santander region in the Spanish colony of New Spain . Villa de San Agustín de Laredo was named after Laredo, Cantabria , Spain and in honor of Saint Augustine of Hippo . Ministering to the needs of the citizens at the time was the Franciscan Pastor of Revilla (now Guerrero, Mexico) but, as the spiritual needs of Laredoans increased, it was clear that a resident priest would be necessary. In December of 1759 a large contingent of Laredoans petitioned Bishop Fray Francisco de San Buenaventura Martinez de Tejada to send a priest for the 270 citizens living on both the northern and southern banks of the Rio Grande. Sanchez told the Bishop that a chapel was already under construction and that, although the citizens were very poor, they would be willing to pay 150 pesos annually and furnish the most essential vestments for Sunday Mass.

Apparently, the Bishop was moved by their plight and agreed to offer the extra funds to provide a priest. On January 6, 1760, the founding date of the parish of San Agustín de Laredo, over 250 years ago, a new priest arrived from Boca de Leones (now Villaldama , Mexico). The fact that a diocesan priest was assigned to work with the then Hispanic community of Laredo is important because, at the time, Hispanic Catholics were historically served by religious order priests. In fact, the only other Hispanic community served by diocesan priests in the Southwestern United States at the time was in the Diocese of San Antonio.

Very little is known about this first cleric who served Laredo and whose name we know is Juan Jose de Lafita y Verri. Fr. Juan Jose came from Boca de Leones in 1762, remaining until 1767. The environment at the time was a frontier environment with all of the challenges of a frontier town. In 1767, the future of Laredo and the parish church of San Agustín became firmly planted when two representatives of the viceroy, Juan Fernando de Palacio and Jose Osorio y Llamas were sent on a formal visitation of the area. Surrounding lands were distributed to the citizens and to the Church including lands south of the river unifying both Laredos, at least until 1848, when both were separated once again as a result of the war against Mexico.

The initial building funds for the first church of San Agustín came from the rental of common lands and by charging small fees to cross the river from a canoe ferry. Later the governor and others levied stricter rules, particularly on housing and livestock to help raise additional funds to build the church. Construction for the first church began in 1761 and was completed in 1764. This structure served the faithful until the present-day Church of San Agustín was built in 1872.

Today, that initial parish of San Agustín serves as the Cathedral Mother Church for our Diocese of Laredo. The diocese itself was founded on August 9, 2000 by His Holiness Pope John Paul II. At the time, then Auxiliary Bishop James Anthony Tamayo from the Roman Catholic Diocese of Galveston- Houston was named the first Bishop of the Diocese of Laredo. The diocese serves nearly 300,000 members worshiping in 32 Parishes and 17 Missions and covers an area of 11,905 square miles. While the diocese itself is spread across seven counties in South Texas, its rich cultural and religious heritage can be traced back nearly 250 years to about 270 Hispanic citizens who loved their Catholic faith enough to make Laredo their town and San Agustín their spiritual home. Ours is a story of dedication and devotion. Ours is a faith that has remained unshakable for generations. Ours will be a cathedral that is the Mother Church for the people of God in the Diocese of Laredo. 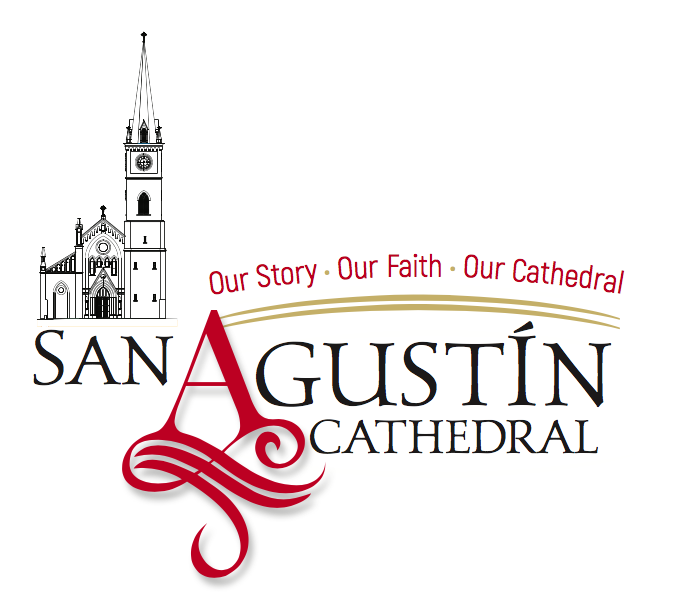